Jim - Vocals, Rhythm Guitar: Got his start many years ago when he sang a Louis Armstrong impression of "Hello Dolly" with a New Orleans Dixieland Brass Band at a New Years Eve party at the Belle Meade Country Club in Nashville. Ever since then no one can get him to stop singing. He was born on February 12th which is the same birthday as Ray Manzarek of the Doors. Weirdly enough he can sing like Jim Morrison. Coincidence or fate?

Greg - Bass: Wait till you hear this guy play his 5-string electric bass. He does this thumb slapping thing that gets people who have never danced in their lives up and jumping and jiving around the dance floor. By the way he has been in many great bands over the years and even won a coveted award at a nationwide blues competition. He also sings very well and between Greg and our drummer, Buff, they produce a tight groove that's downright infectious. Just try not to tap your feet.

Buff - Drums: This guy can really beat on those skins with precision and feel. Once  when he was doing his solo on a particular Santana number, for a brief moment, I could have sworn that he had four arms not two. Is that possible? Drummers drive the song and let me tell you something, when Buff starts driving you better hang on cause he's not slowing down for anyone. Best word - Powerful

Scott - Lead Guitar: Watch out for this guy. He's like a thoroughbred horse at the starting gate of the Kentucky Derby. Let him loose and watch him run. What can he play? Clapton=Yes … Santana=Yes …  Hendrix=Yes … Motown=Yes … Blues=Yes …  Anything=Yes. He is obsessed with this lead guitar stuff and doesn't stop practicing until he nails a well known solo with just the right touch of his own style. Reportedly he has over 20 pedals and probably 50 guitars. (Don't tell his wife she thinks he only has 10 guitars). You can tell when he really gets going because his fingers are a blur and he gets this weird kind of grin on his face which means he's found that elusive lead guitar nirvana state. Join him if you dare. 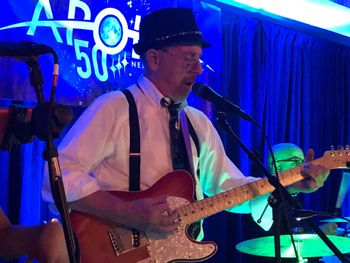 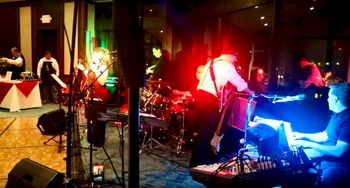 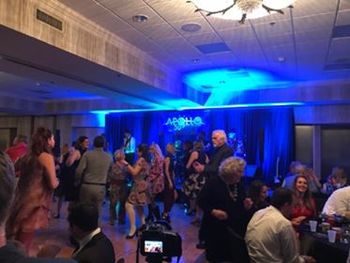 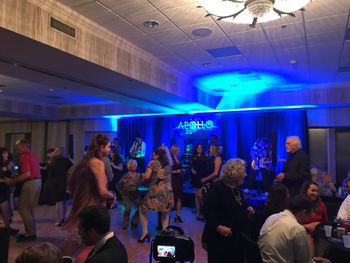 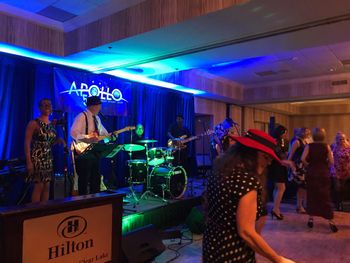 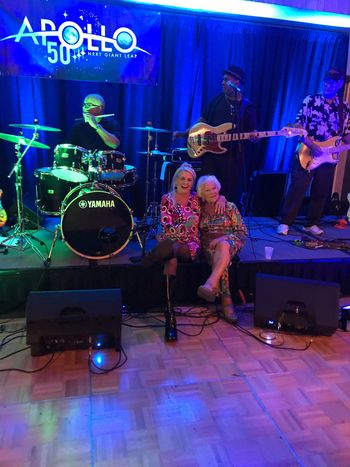 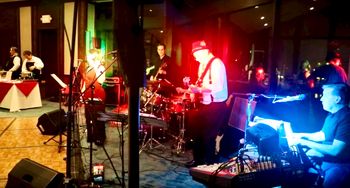 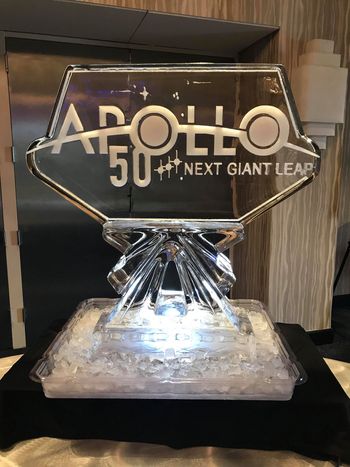 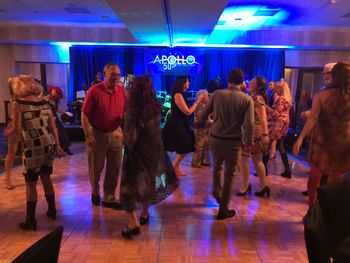 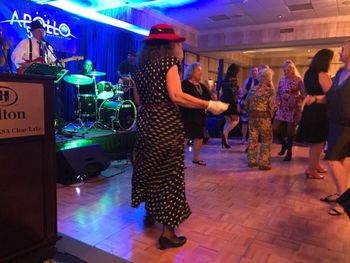 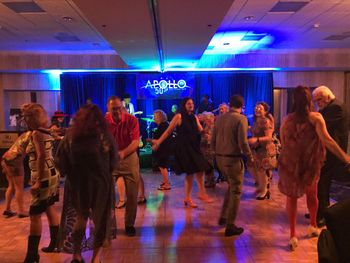 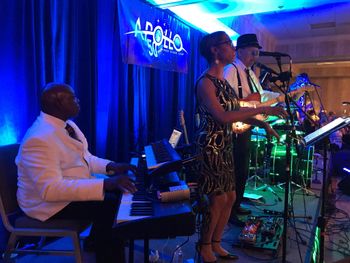